Well at this point, even if I might not feel ready, there’s nothing much else I can do!  The baby is coming quickly and life will never be the same.

Let’s be honest…it’s the lack of sleep that is the ultimate fear followed by the question of how Sierra will be around the Sequel.  Sierra is quite hard headed like someone else in our family and I can only imagine how her tantrums will be when she starts realizing she can’t get her way anymore.  Ah well, every other family lives through this and it will be an adventure!

The Sequel’s room is nearly set up.  We can hold off on the crib for awhile since the baby will sleep in a bassinet.

I’m very interested to see if our tricks with Sierra work with a second baby.  For example, other than Sierra’s allergies keeping her up, I feel we didn’t have a whole lot of trouble on the sleeping front.  Now…was this nature vs. nurture?  My theory is that a baby doesn’t know what a world outside their mother is so nurture can help the baby adapt.  Let the kid sleep in a noisy living room with the TV on.  Much like me moving to Bayshore in 1998 and I couldn’t sleep with the OC Transpo buses driving by all night long….I got used to it.  Humans can adapt so I theorize that babies can too.  But who knows…maybe I’m off my rocker and this kid will be completely different.

I believe having another kid is exciting because you get to see if the experience is different.  It’s like playing a familiar video game but some game mechanics change slightly.

We are both pretty excited that we installed air conditioning this summer.  It’s helped out Vero quite a bit.  I noted that Vero seemed to grow larger a lot quicker this time around but at the same time I was looking at her face and it didn’t seem to really change this time around compared to last time.  Let’s do a comparison shot!

Here was Vero around April 2016, a month before giving birth. 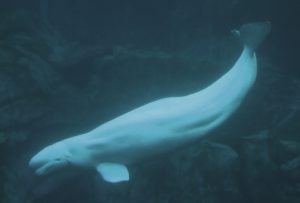 Just kidding of course!  Here is Vero on Canada Day which is about six weeks before the due date.  This was the only full body shot I had.  Most other pictures are of her on the couch!  🙂

Here’s the sequel around the end of June.

Here we are listening for signs of life.  Sierra said she was humming Star Trek!

The Sequel and Sierra hanging out at the beach.

I’m not sure why Vero took this photo.  It was either a shot of her swollen foot or a picture to send to the pedicure…office?  Centre?  Pedicurist? to see if she was eligible or if she was too far gone.

The Sequel went to see the Backstreet Boys when they came to Bluesfest.  I had about a dozen people lined up to help out Vero if she went into labour!

One thought to “The Sequel’s (minus) one month”